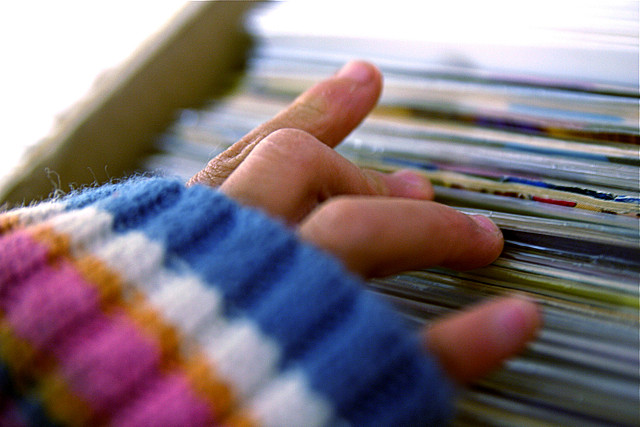 On Rented Media (or My So-Called Streaming Life)

I haven’t given up on ownership, but it’s not for lack of trying. You see, I have little interest in having bits of media strewn about my life, especially in physical form, but also in digital form. Here’s a rough summary:

As I’ve said time and time again, I’m a streaming convert for life (or for however long streaming is still a thing). I moved to Rdio

several years ago, and I don’t see myself ever purchasing another CD or digital download, except in those rare instances where I have no other choice.

As for vinyl, I’m ashamed to say I’ve only purchased a small handful in the last year. Chalk it up to high prices, or a dearth of disposable income, but I just don’t find myself at the record store very often anymore.

I have a Roku in the living room, and an iPad in the bedroom. And that’s all I really need. I subscribe to Amazon Prime

and Netflix. I use a shared HBO Go account. And I rent (not buy!) movies on occasion from a variety of different streaming services. Sometimes I’ll even trek to the Redbox (really a bargain, so long as they actually have what you’re looking for).

I go to theaters still, about once or twice a month. I see this to being akin to going to concerts. It ain’t cheap, but you go for the experience.

I cut my cable two years ago, and haven’t looked back. I have an HD antenna for local programming, but I spend almost all my time watching streamed content. Between all the free content on Roku and my various subscriptions mentioned earlier, there’s no shortage of content at all. Seriously, there’s a limit to how much television a person can watch, and I’d defy you to hit that limit with access to streaming services.

I’ve recently rediscovered the public library (Nashville’s is surprisingly awesome). I borrow books I need, both physically and digitally. And they have a wealth of other digital content freely available, from magazines to audiobooks to movies and music.

If the library doesn’t have it, I’ll check Amazon Prime’s borrowing library. I also tried Oyster, loved it, but didn’t find myself reading enough to justify the spend.

If all else fails, I’ll purchase a used copy or a Kindle copy, in that order. But I can’t even remember the last time I did.

Alas, I don’t have the time or energy for a diatribe about Comixology and the recent Amazon acquisition, but fortunately many others have written volumes about it. I, for one, fall squarely into the camp of “I don’t care, I just want Spotify for comic books.”

See comic books are perhaps the one medium where a good subscription service doesn’t exist. There are two that I know of – Marvel Unlimited, which is Marvel-only, and therefore of little use to me; and Thrillbent, which is awesome, but still missing all of the big publishers I read regularly (come on DC! get in the game!).

The main debate in the comics world seems to be about download codes, and I’d like to add my two cents to that argument by saying that 2004 called and they want their MP3s back.

If I played games I’d probably use Steam, or rent from a Redbox. But I don’t.

I rent my home. I lease a car. And I subscribe to media. And I like it.

But here’s the thing: every time I can’t rent, my natural inclination is not to buy it. If a movie isn’t on Netflix, I don’t run to Walmart and buy the Blu-ray, nor do I jump on iTunes and buy a digital copy. If I can rent it on Amazon, I will, but if I can’t do any of the above I find a less savory method of procurement. That’s just the way it is.

Episode 34: A Full Episode of Things We Probably Shouldn’t Be Talking About Anymore

Episode 34: A Full Episode of Things We Probably Shouldn’t Be Talking About Anymore